The Suvela Bazaar extended over one whole week: September, 4th – 11th. However, the main day of the event was Saturday September, 10th.

The week started with the inauguration mass of the new chapel of Suvela and a feast which included speeches e.g. from the architect, á cappella singing group Papas no Mamas and activities for children as well as coffee with sandwiches and cake.

During the following week there were guided tours each day in the new building complex that hosts both the new chapel and the new rooms of the residential park of Suvela.

The main day of the event – Saturday – consisted of six different activity spots which were located either directly on the pedestrian street Kirstinharju or closely connected to it: 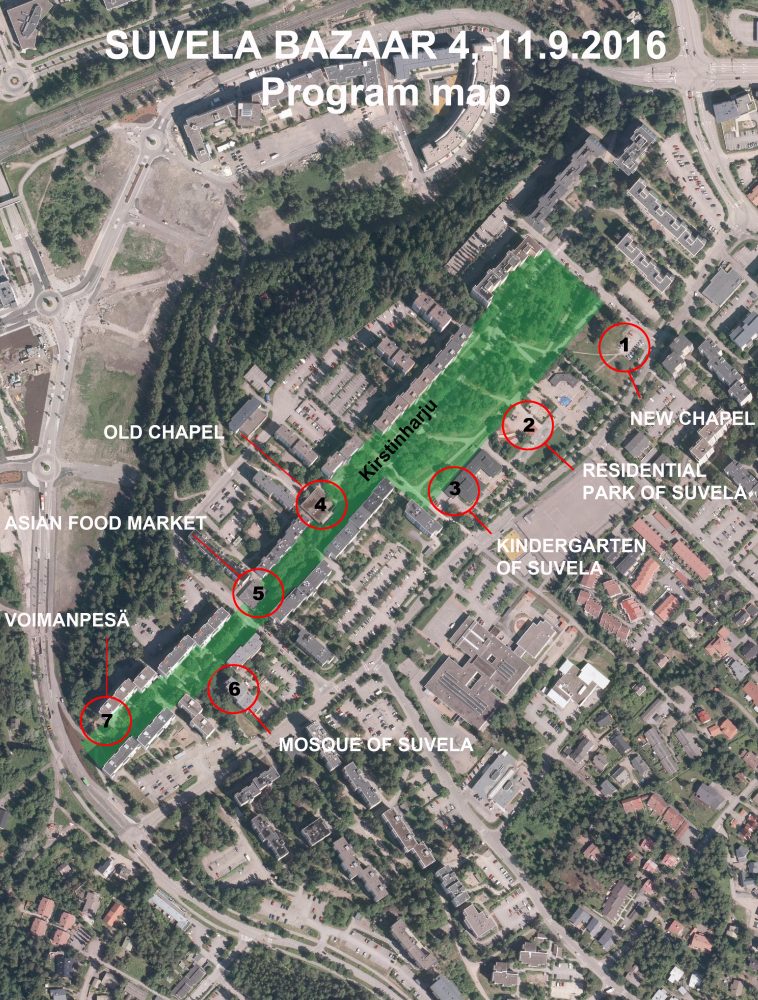 The activity spots of the Suvela Bazaar. Photo by the city of Espoo in 2013.

The idea of the program was to offer possibilities for dining, enjoying music and dances, selling and buying various items as well as joining different children activities over the whole area along the pedestrian street of Kirstinharju. The program thus consisted of these: 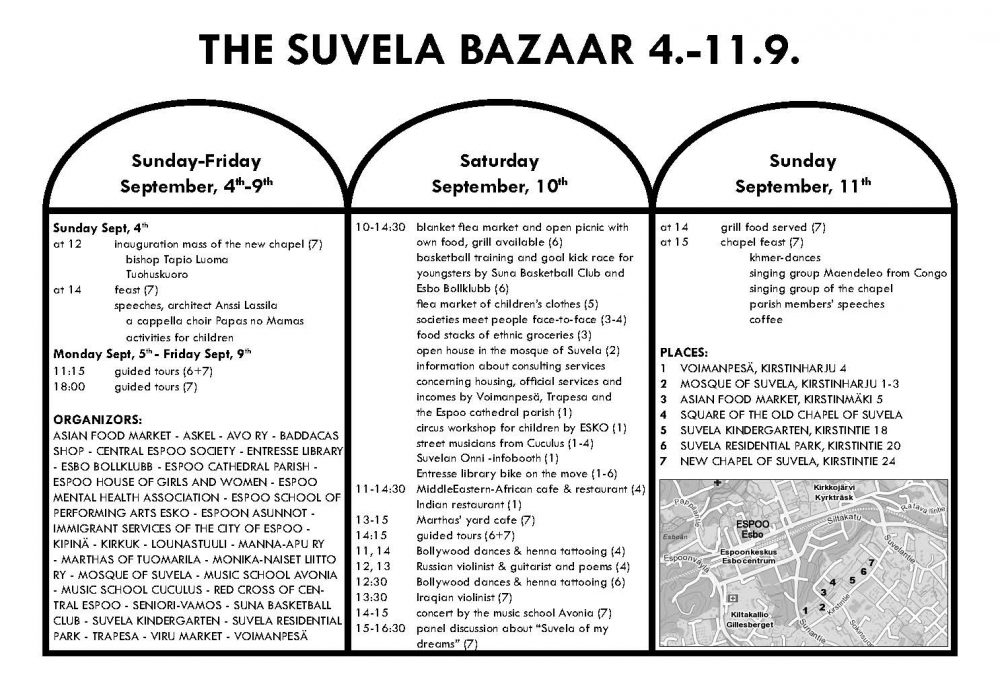 The program of the Suvela Bazaar.

As usual, there were also some changes in the program along the way – both positive and negative ones:

Especially the last reasons tell a lot about what can go wrong when trying to get immigrants to participate in an event.